Filming Starts on THE HOBBIT (Finally!) 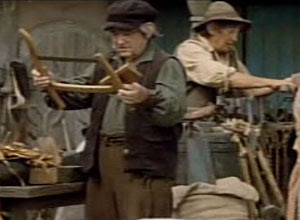 Production of The Hobbit is finally set to begin today after months of delays. The two films are expected to pump around $1.5 billion into the New Zealand economy.

The Hobbit is to be shot at Jackson's studios in the Wellington suburb of Miramar and on location around New Zealand.

This is incredible news! And we have kept in contact with the production crew in New Zealand, and they are still dedicated to bringing Melissa over to be a Hobbit Extra, like they promised. So sometime later this year (most likely) Melissa will be flying halfway around the world to be part of this incredible production.

Again, I have to thank all of you who brought us to this point--who put the word out about Project Fiver and spread the Petition far and wide. Everyone's efforts added up to changing the world, just this little bit, to let Melissa have this small honor that she deserves so much. Thank all of you for all your help and love.
Posted by Chris at 1:11 PM

Did she get to go film? I'll be seeing it tomorrow night, and wondering if I should be looking for our friend/